National STOP THE BLEED® Day happens every May. It’s a national awareness campaign that serves as a call-to-action to save lives by training people how to stop traumatic bleeding during an emergency.

It’s well known that severe bleeding can quickly become life-threatening, and with training, anyone in the general public can become an immediate responder to this type of emergency situation.

According to the Stop the Bleed Day national campaign:

While first responders do their very best to quickly get to the scene of an emergency, minutes count in uncontrolled bleeding situations. Understanding these facts makes it clear that everyone should, at the very least, know basic bleeding control techniques.

Receiving additional, hands-on training in techniques that stop the bleed can greatly help anyone be better prepared to respond during a life-threatening bleeding emergency.

How to Respond to Life-Threatening Bleeding

A bleeding injury can happen anywhere at any time. Often, the person next to a bleeding victim will be the one most likely to save them while waiting for professional help to arrive.

If you recognize signs of life-threatening bleeding, you need to act right away using methods to stop the bleed.

Three quick emergency bleeding control techniques that can help save a life include:

Direct pressure is a standard method to control bleeding anywhere on the body. When applying direct pressure, be sure to:

For a more serious wound, it may be necessary to pack a dressing into the wound to maintain pressure.

If direct pressure can’t control severe bleeding from an arm or leg, you may need to use a tourniquet to stop the bleeding.

Having an emergency bleeding training kit with essential items close by helps you quickly care for an injured person while you wait for medical help.

Interested in learning how to properly apply pressure, pack a wound, and place a tourniquet?

AVERT takes skills that were once reserved for first responders and makes them accessible for teaching the public how to react and become responders. 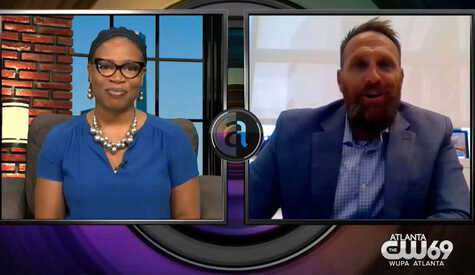 Emergency Bleeding: How To Stop The Bleed Until Help Arrives

Knowing how to apply bleeding control measures can make a significant difference in a person’s chance of survival prior to the arrival of EMS. 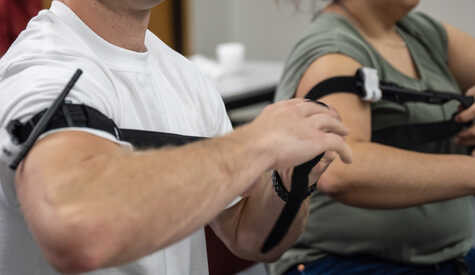 Bleeding isn’t always life-threatening. When severe bleeding occurs, responders can be the difference between life & death when care is delayed. 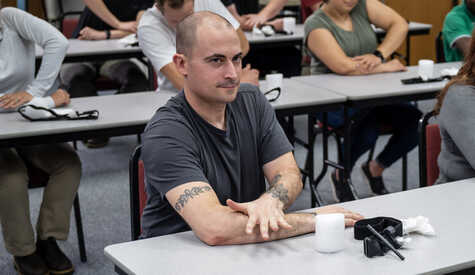