There's all kinds of different ladders on the market. We see extension ladder on the left, and on the right, we have what's called a fixed ladder, and if you remember my comment earlier, about needing to extend three feet past the landing, so employees have something to hold on to when they're ascending or descending the ladder, that's how the one on the right is made.

Fixed ladders, the law is really specific about how much clearance there needs to be from the climbing side to the fixed structure on the back, so there's enough opportunity for an employee's foot, so they have enough climbing distance. I have done one ladder fatality, where the fixed ladder was mounted too close to the object that it was fixed to. The employee did not have enough space for their foot, and they slipped and fell from the second rung, struck their head on the concrete pavement below, and lost their life to that.

With regard to extension ladders, like the ones we see on the left, something that I learned, that I didn't know, this wasn't part of my college training when I got my degree in safety, was that extension ladders can never be used if they're set from the top down. They can only be used if they're set from the bottom up, and I learned this the hard way through an interview I did with a man who was injured.

He had used an extension ladder to set it into a hole, and the hole was a wet well, in a city project, and he said, "Jill, I set the ladder down into the hole, then I pulled on the rope, to get it to the height that I wanted, and I could hear the ladder click, and it engaged that it was put together properly. I got on that ladder," he had his hard hat on, and he said, "No sooner had I been on that ladder to start climbing down into that 25 foot hole, than the engaging point came apart," and he rode that ladder all the way down to the bottom of that particular pit, fell off the ladder, did strike his head. His hard hat stayed on, and did save his life, though it was broken.

He was telling me about this, and he said, "I just don't understand why this ladder failed me." So I called them, the ladder manufacturer. I said, "Is there a special recall on your ladder? What went wrong here?" And the ladder manufacturer said, "Easy. It was used improperly. We will never guarantee that engaging point when the ladder is set from the top down," so if you have ladders like that, and employees are using them in that manner, you may want to consider providing a longer, straight ladder, for the height that they're working from, if there isn't a way to set that ladder from the bottom up. Hope that makes sense.

Step ladders, on the right, know that employees should know that they can never stand on that second to the top rung, or on the top of the ladder, because it makes them tippy, and there's warning labels that should be on ladders, to tell people that, but it's often something that's ignored, and you'll often see people standing on that top rung, or the second to the top rung. I keep talking about death, but I have investigated a lot of ladder fatalities, and two of them were from employees standing on that second to the top rung, where the ladder became unstable, and they weren't able to have three points of contact, and they fell and struck their heads.

So other things to consider with ladders: are the safety feet in the ladder, have they been placed properly, meaning they're not on flowable material, or rocks, or gravel that could tip the ladder over. Is the ladder being used properly? They're not standing on that top rung, like we talked about. Is it damaged? Are the rails bent in any way? Are the steps themselves bent? Has it been constructed properly?

So is training required for ladder use? In the construction laws, the answer is yes. In general industry settings, the answer, unfortunately, is no. Is it a best practice? Would I highly recommend you do training? Absolutely. It's just simply how the law was written. 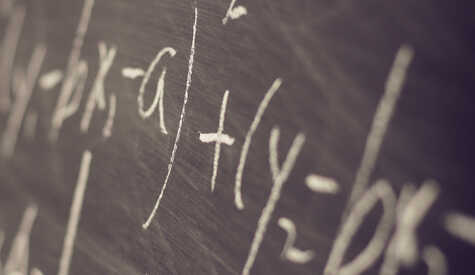