Have you ever gone to a party where you met a group of people and could not remember their names a few minutes later? (Who was the tall guy by the chips that looked like Fred from Scooby Doo?) Or what did you have for breakfast yesterday? Smoothie, overnight oats, or breakfast wrap? That is the Ebbinghaus Forgetting Curve in action. So, how do you fight it?

Forgetting is part of the human condition, a quirk of how our brains work. The scenarios above are just a few examples of how we all forget things. If you’ve experienced them, you’ve already experienced the Ebbinghaus Forgetting Curve (or simply “forgetting curve”). Hollywood has explored extreme examples in movies like “50 First Dates,” “Memento,” and “Finding Nemo.”

As it turns out, the forgetting curve is tricky to overcome, especially when it comes to remembering the kinds of information given in corporate training programs. Not all training materials are specifically engineered to battle its effects.

Understand the forgetting curve and what influences it, and you will not only create more effective training materials but also gain an important tool helping your own employees retain their training.

What is the Ebbinghaus Forgetting Curve

The Ebbinghaus Forgetting Curve is a mathematical formula describing the rate at which memorized material is eventually forgotten. The curve first appeared in German psychologist Herman Ebbinghaus’ work in the 1880’s, and was one of the first scientific studies of memory.

Here’s what Ebbinghaus did. First, he generated lists of three-letter non-words, like “dif” and “nud.” (The fact that they were non-words was important; it meant that this was a pure test of memory, and the meaning of the words did not matter, a point which is important below.) Ebbinghaus would then memorize these non-words until he could recall all of them correctly.

He then tested himself at intervals to see how many of the non-words he remembered—for example, 20 minutes later, an hour later, a day later, and so on. Some of his tests went as far as 31 days!

As you can imagine, Ebbinghaus found that, over time, he would forget a significant number of these non-words. That wasn’t surprising. What was surprising was the rate of forgetting over time: Ebbinghaus found that he would forget close to half the list within an hour or so; after a full day, he would have forgotten two-thirds of the list. So “forgetting” began as soon as he stopped working with the list, and proceeded at a frantic pace at first, eventually tapering off over the course of the week.

As Ebbinghaus continued to experiment, he found that he could change the shape of the curve—in other words, he could influence how quickly or slowly he would forget things. Spaced practice, for example, would make the curve flatter. Stress (such as lack of sleep) made it more steep.

These effects have been replicated as recently as 2015, with researchers still figuring out what factors make the curve rise. The curve itself, and how it changes, tells us a lot about how adults retain (or fail to retain) information.

Fighting the forgetting curve is an uphill battle, to say the least. The research shows that most information is forgotten very soon after it is initially learned—in short, it doesn’t “stick.” But, if we take a close look at how the curve changes, we can find many ways to lessen the frantic pace of forgetting.

How to Fight the Forgetting Curve Effectively in Corporate Training

We are all too aware that people will forget information over time. We want our training videos to actually influence employee behavior, for the better, but training materials can’t do that if they are quickly forgotten.

So, how do we craft our training materials to fight the forgetting curve and foster better retention? Here are just a few of the approaches we take, based on solid scientific research:

One of the biggest findings of the original Ebbinghaus experiments was that “over-learning” materials—that is, re-engaging with the material again and again, at spaced intervals—leads to a dramatic reduction of the forgetting curve.

Re-retrieving the information is also a good way to cement it into memory. Our learning materials come with training reinforcement tools. Exams and quizzes are given immediately after a course, and then periodically (after two days, two weeks, two months, and four months). There is a mountain of scientific evidence that such “retrieval practicing” not only shows what learners retain but actually helps them retain information longer and fight the forgetting curve.

One way we prompt learners to re-engage is with student materials tied to our courses. For example, our courses come with handouts that can be printed off, used to take notes, and referenced after the training event. They also include application questions to get learners to think more deeply about the content and how it applies to their own job or experience.

Two features in our HSI LMS support learning engagement and help to overcome the forgetting curve: notes and favorites.

Learners can save their favorite courses in a widget on their personalized dashboard. This makes it very easy to access and rewatch at anytime. Users can also make a note at any point in a video, again, for repeat access. When employees combine these two features and make notes and save favorites, they are more likely to revisit the training and reinforce the learning.

A rookie salesperson may watch our series on handling objections and save all six courses in their favorites. As they watch each video, they can make notes about how the objection relates to their product or service for easy reference later.

Further research into memory revealed two other important facts, both of which are two sides of the same coin.

First, information is easier to remember when it comes in “bite-sized” meaningful chunks. Exploring a single cohesive topic, and doing so in a short period of time, makes it much easier to absorb the information around that topic. I go back to my Netflix example and bingeing an entire series. I find that I can quote my favorite funny lines when I watch one episode at a time. (WE WERE ON A BREAK!)

Second, forgetting is as much a matter of intervening information as it is time. Ebbinghaus’ original experiments showed forgetting as a function of time, but later studies showed that it wasn’t time per se that was the culprit, but the number of things a brain had to process between memorizing something and having to recall it (a type of interference). (Think of what that means for today’s distraction-heavy workplace—all that information coming at us means we are forgetting even faster! Slack, texts, co-workers, emails, office sneezes...)

Put these together, and the conclusion is: Training that simply throws all the information at the learner is highly ineffective!

A day-long session, for example, can make it difficult to absorb all the information, especially if multiple topics are covered. In fact, simply presenting multiple topics could very well be helping learners to forget what they initially learned at the beginning.

How adults learn in the workplace is different from how kids learn in school. Their motivations, experiences, and even approach to learning are much more rich and varied. This has lead to a number of different adult learning theories that attempt to capture how adults learn.

We could easily write a book on adult learning theories, but the short take-away is this: Adults can be eager to learn (if they see value in doing so), have experiences they can connect to learning, and work harder to make sense of new experiences. Those insights inform how we design our training content.

By taking into account how adults actually learn, our training content ends up being much more meaningful and applicable to adults’ jobs and lives. This, in turn, makes it much more difficult to forget over time.

Ok, so how long did it take you to read this blog? How much have you forgotten? Pop Quiz: What movies did I mention? What cartoon did I reference?

Training Down to a Science

Proven research drives our approach when we create our training videos and add features to our LMS. The Ebbinghaus Forgetting Curve is a great example. I also mentioned the science of microlearning and adult learning theory. You can read more about our approach here.

Editor's note: This post was originally published on November 7, 2019 and has been updated.

Why ESG is Important in the Utility Industry 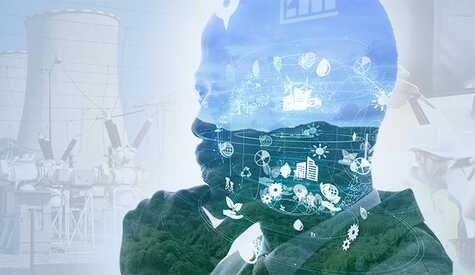 Eye Movements Could Aid Memory, and Good Visuals Can Make It Happen

Eye movements, specifically saccadic bilateral eye movements, have been shown to improve memory recall. See how we apply this to employee training. 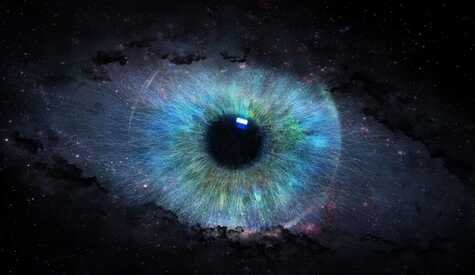 From Novice to Expert: Creating High-performing Employees at Every Level

Learn how to create high-performing employees at every level of their experience - from novice to expert. 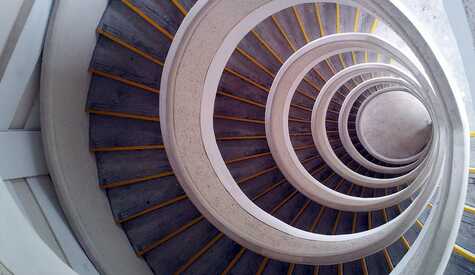