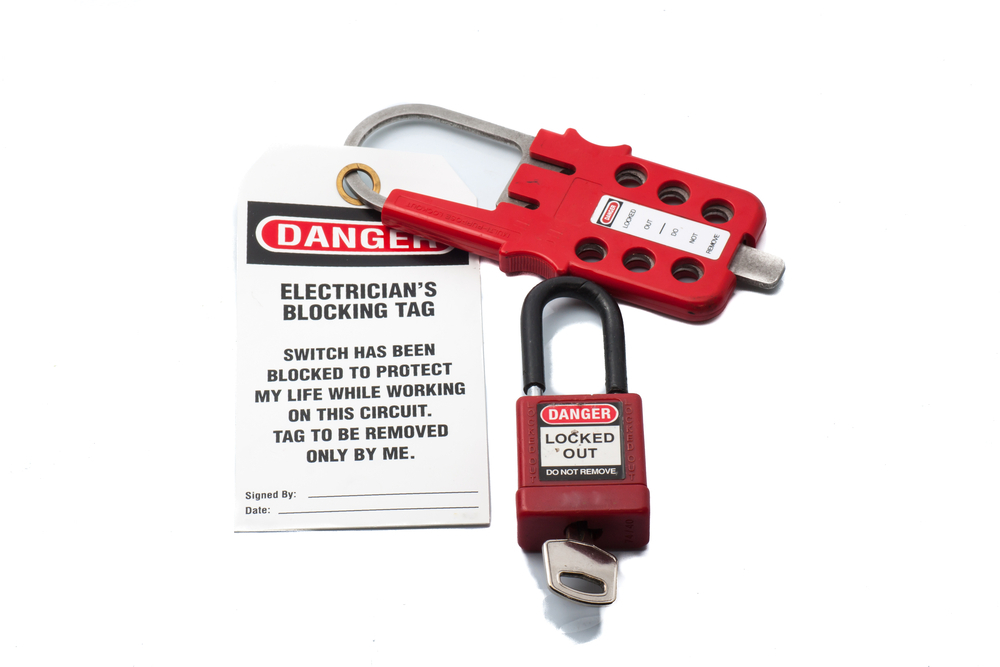 Join HSI Chief Safety Officer Jill James as she visits environmental health and safety professionals in their workplaces to explore important workplace safety topics. This video covers lockout/tagout basics, different types of energy sources, and how to de-energize each of them safely.

For this series we are at the beautiful Monterey Bay Aquarium to show you that no matter where you work, safety training is for everyone.

As an OSHA investigator part of my job was to investigate workplace fatalities. The very first fatality that I ever investigated has to do with the subject we're talking about today, lockout tagout. A small group of employees were working to urge a belt back on to a drive and pulley system. The belt had come off the pulley and they needed to get it back on. And so their supervisor and a small group of employees turned the power source off to the belt and pulley drive which was electricity. And then they were trying to use a tool to urge this really long belt back on to the pulley, except they couldn't get it back on. And so their supervisor said you know if I could just have the power turned on for a few seconds so we could get that pulley turning, I could get the belt back on to the pulley drive system. And so placing his body between what was called a pusher which was loaded with logs and a head saw he stood between that area with the tool to urge the belt back on and it immediately grabbed and pushed the load of logs and his body through the head saw ending his life. In memory of that supervisor who didn't make it home from work that day let's talk about a few lockout tagout basics to help you with your skill building.

Remember it's critically important that if you have any equipment that has more than one energy source that you have written step-by-step lockout procedures for each of those energy sources. Joining us now is Jeremiah Safety Manager at the Monterey Bay Aquarium and we're standing in front of an air handling unit and it happens to have two energy sources.

So Jeremiah maybe you could walk us through how you would lock out this device and then talk about some of the other methods that you use here at the aquarium. All right well like you said there's two energy sources here one there's electrical there's actually water and both of us would be working on it so we need four locks really to do this appropriately. I didn't bring four locks but we'll show you what we've got. So we were gonna disconnect the power to this unit we would shut the breaker off, and then what we would do because we're gonna apply multiple locks as we would buy a house this hass would go on the unit and if you hold that I'll show you how this will work.

And then we would be able to move on to the next unit which would actually be this. This units fed by water because it's a cooling air handler so we would shut off the valves as well. We've got some examples of some things that we would use to lock out a valve. Some ball valves have a handle, you can turn them and just apply a lock directly to that or a hasp with multiple locks.

In some instances you may use a device like this you can actually remove the handle. So we would put the valve in the off position remove the handle and then apply this it's kind of a wraparound device. And then another hasp and lock here that would secure that valve as well. I also have as an example something that incorporates the tag and the hasp into one unit. This is actually pretty interesting so what you can do is it eliminates the need for that tag because you can write information on this, so we could apply that to the unit and then we get again place several different locks or another hasp and lock onto that so we could have multiple people lock out one device.

Very good thank you. So sure, some of the other equipment that are using here at the aquarium. So one thing that's pretty common is just a regular 110 plug and what you could do with that. Say something even like a blender at home you didn't want somebody to plug it in while you are working on it sticking your hand in there and cleaning it you could take this and put this on the end of the plug lock it and then that way nobody could plug that piece of equipment in while you're working on it. All right.

I've got a couple more things here. This wood can be used for a toggle switch. Think of a light switch or something like that you would mount this. On that toggle switch put it in the off position, close it and then you could apply a hasp or a lock and then that way that can't be turned on while you're working.

And then last this is a little bit more unique to say water treatment plants or something like here at the aquarium but it's something that's kind of neat. We've got hoses, say you're entering a confined space and there was water going into a tank maybe a gravity-fed. Maybe you'd valve it off but as a safety device, as a secondary device you could actually put this over the over the hose itself, pull it tight and then lock it out but what that would do is because in a clear indication anyone working in the area that you didn't need. This hose connected while you were saying inside the tank or something like that so it's a little unique to water environments but it is another device that we like to use.

Very good thank you for sharing your perspective today. We really appreciate it and remember anytime you have more than one person working on any energy source like Jeremiah had just pointed out every person involved in that project needs to have their own lock and their own key and sometimes that's going to mean more than one lock more than one key and you keep that key on your person so that someone else can't active activate an energy source before you're done working. \

I hope you gained a safety skill today. If you know someone who needs this go ahead pass it on.