Larger Than You or Me is WE

In this career, “stuff” will hit the fan.

And when it does, try to remember in those moments that something larger than you is at work.

The last fatality investigation I did with OSHA was an explosion at an ethanol plant.

A two-person company had been hired to cut into a big steel tank and place new piping on the tank. The young man doing the cutting was literally blown up.

Fire Departments around the region were providing mutual aid; news helicopters fly over the site.

I was at my office about 30 minutes away monitoring the situation, waiting for the fire departments to secure the scene before I entered, and not wanting to distract from what needed to be done for the security and safety of the site.

Once the fire was out, I arrived on site and was ushered into a large conference room filled with people all looking worse for the wear. There were company executives, insurance company representatives, the fire marshal’s office, and key employees from the company. After an introduction, I asked who was in charge of the site moving forward.

All the eyes looked back at me and someone said, “We thought that was you.”

By that time in my career, I had done dozens of fatality inspections and generally had my cadence down, but this was the most dramatic scene I had ever witnessed.

In that moment, it wasn’t about me and how I was going to do my work—it was about all those stunned faces looking back at me needing a leader.

Some version of this same story will likely happen to you if hasn’t already.

When it “hits the fan”, be prepared to lead others through the storm.

I think back to the day my co-worker who lost his fingers. That was a day larger than me.

There was a we to look after: my co-worker, his family, and the organization I represented under these trying circumstances.

My role with this particular company involved workers compensation case management, along with a small part supporting the underperforming safety initiatives for multiple affiliate worksites around the state.

My co-worker and his severed fingers needed surgical intervention not available in the community of the processing facility. He was taken by ambulance into another state where a team of surgeons worked on his hand. With him that day were his wife and son who were employees of the same company, along with their adult daughter. Complicating matters was a language barrier—most of the family did not speak English.

Throughout the day, I cleared the path for his care—first at the local hospital who stabilized him; then the ambulance service; then the hospital where surgery was performed. I was clearing the financial path for the family, explaining to each entity who was responsible for the medical fees, so the family didn’t have to answer those questions. Late that evening, I decided I wanted to talk with the family face-to-face, using their daughter as an interpreter.

Here were 3 employees, a family, united by the same tragedy. I figured they would be concerned about their wages, and how medical, pharmaceutical, and rehabilitation bills would be paid.

The big fear: after recovery, would there still be a job?

I set off in the night for the hospital in the neighboring state. It was after visiting hours when I arrived and lights were dimmed in the halls of the hospital.

As I walked to his room I was nervous. I asked the universe to help guide my words—that they would be of comfort, assurance, and not come off as corporate “Cover-Your-Ass” or CYA speak.

Entering the room, my co-worker sat in bed just hours after surgery, completely lucid, with his wife and adult children at his side.

“I thought you would be sleeping”, I said.

His daughter, speaking for her dad, said, “He knew you were coming from the company and he wanted to hear what you had to say, so he’s refused pain medication that would make him sleepy.”

His wife—my other co-worker—began talking through their daughter, telling me how scared she was. Saying that in all the years they’d been married, she had never seen her husband sick and wanted to know what was going to happen.

I spent my time explaining the workers compensation process, lost wage benefits, rehabilitation, mileage reimbursement, and assured them they would not have to front any expenditures. I had also gotten the employer to agree to pay the wife and son for a full-day’s work so their income would not be affected that day.

Indeed, that was an evening that was larger than me and my work.

My point to you is that there is significance in what we do.

You will not see it each and every day, but it will find you.

Many times since leaving the government sector, employees would call me the “corporate lady”. The first time I heard it, I was taken aback, almost looking around to see who they were talking about.

I just thought, “It’s just me, Jill, doing my work, earning a paycheck like everyone else.”

Turns out that’s not how it works in this career. You are representing something bigger than you and indeed you are an extension of your leadership team. You are carrying their message and mission and values if you are fortunate to be working for a company who has them well-defined and lives them.

Remember: you represent something larger than you, sometimes your company, sometimes an individual or whole family, along with your chosen profession.

Christmas tree safety. Here are some safety protocols to consider putting in place, even if you’ve had your Christmas tree on display for a while now. 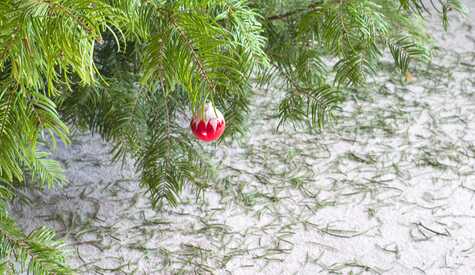 A fire department in the US responds to a fire event every 24 seconds. Although, anyone can experience a fire, older adults are especially vulnerable. 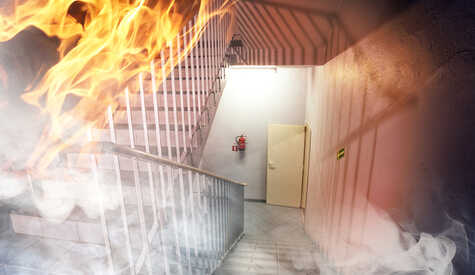 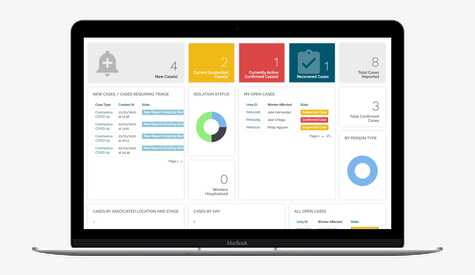