Imagine you’ve been given the task of making your organization’s teams 75% more productive over the next three quarters—how would you do it?

Would you look to promote or hire the best team leaders to deliver results? Work to attract and retain the best talent in the industry? Introduce a new incentive plan to motivate team members?

Or would you focus solely on…making people feel safe and accepted?

As it turns out, whom you have on your team matters a lot less than the structure and dynamics of that team, and the starting point for any healthy team dynamic is psychological safety.

What Is Psychological Safety?

When psychological safety is not present, it is because members of a team feel there is interpersonal risk tied to sharing or asking something. For example, they might feel that a probing question will be seen as “stupid,” or show that they are “out of touch.” Or an employee might have a great idea but hold back to see what their boss will say first.

It shouldn’t be too surprising that teams work better in the former kind of environment versus the latter. Think of the best team experiences you’ve had. Were people treated as equals? Were they encouraged to speak their minds? Did people feel like they could “be themselves”? Were people open to different perspectives? Now contrast that experience with the worst team you’ve been on. Chances are that these had an atmosphere lacking that feeling of safety.

Decades of research now proves what is obvious from the above exercise: The most productive, high-performing teams—as well as the most diverse and innovative workplaces—all have a high degree of psychological safety embedded into their culture.

“Embedded into the culture” is the key here. Just as physical safety cannot be guaranteed without the right equipment and training, psychological safety cannot be installed into your workplace culture without a shared mindset and proper training. That training should include not just the topic of psychological safety itself, but a number of soft skills that create the foundation for a safe workplace environment and good communication practices.

How the Concept of Psychological Safety Came About

The concept of psychological safety was first coined by Harvard Business School Professor Amy Edmondson, who first became interested in the interpersonal risks people take (or don’t take) when in groups. Her research raised some uncomfortable but necessary questions for business leaders. After all, what good was it to, for example, hire very smart people to spur innovation in a company, if the company culture did not make them feel comfortable sharing their new ideas or speaking their minds? Turns out it didn’t do much good at all—innovation did not occur if the best team members felt they could not share.

Edmondson’s research became the inspiration for a more massive study by Google’s People Operations department (basically, Google’s HR). This study, dubbed Project Aristotle (in reference to Aristotle’s line that, “The sum is greater than the parts.”), conducted some 200+ interviews with Google employees from over 180 Google teams, both high-performing, low-performing, and in between. From those interviews, the project looked at over 250 attributes of teams and team members to see which best predicted the most effective teams.

What the project found surprised them: Team composition itself mattered very little to overall efficacy. Again, what mattered most were the structure and dynamics of their teams—and the right dynamics could only exist when there was a psychologically safe environment.

Other Benefits of a Psychologically Safe Environment

Since Google’s findings went public, research has shown that psychological safety is also important organization-wide for things like diversity, equity, and inclusion (DEI) initiatives, workplace safety, and compliance, among others. Despite its importance, some companies still struggle with getting the right mindset in place.

Surprisingly, most DEI initiatives fail to bring about any lasting change. An overview in Harvard Business Review summarizes decades worth of research showing that, while employees can learn the correct answers for a quiz or test following diversity training, that knowledge seldom leads to new behaviors and is quickly forgotten. Even worse, “strong-arm” approaches to DEI tend to have the opposite of the intended effect, crystallizing biases, instead of rooting them out.

These results are not surprising, given that diversity, inclusion, and equity require a workplace or entire team to have some tough conversations, and to have them in a very open and non-judgmental way. Those kinds of conversations cannot be replicated by viewing a video and taking a quiz. They also cannot happen if employees are unwilling to admit their confusion or share their unpleasant experiences.

Inclusion is a part of psychological safety, too. When employees feel they are able to bring their “whole selves” to the workplace—meaning they can exhibit aspects of their race, ethnicity, gender, sexual orientation, and background without fear of judgment—they tend to be more engaged, more productive, and more open-minded, themselves.

Though DEI is a hot topic where discussions of psychological safety are happening, it is not the only reason to promote this concept in an organization.

For example, workplaces vary wildly in terms of how well they adhere to safety precautions or follow posted safety protocols. One 2018 study of healthcare workers (pre-COVID) concluded that psychological safety was an essential component for safe healthcare practices, such as using PPE. Edmondson’s own pioneering research on psychological safety found that safety incidents were 40% lower in organizations where employees felt free to speak up.

Even now, in the post “Me Too” era, the vast majority of workplace sexual harassment does not get reported. Many times, this is because both the victims and the witnesses fear retaliation for doing so. The same goes for workplace bullying, generally.

When this kind of behavior goes unreported, it has a ripple effect. Those engaging in it feel more emboldened, and those who endure it feel less safe, and less able to speak up.

By contrast, if employees have been made to feel safe in speaking up about other aspects of their work, they will be more inclined to say something when they witness harassment, bullying, or discrimination.

Psychological safety is highlighted by many organizations that teach agile frameworks for team collaboration, and it’s been found to be the mediating variable between inclusion leadership and innovative work behaviors.

Shaping the culture requires training, especially for more traditional soft skills that affect team dynamics and communication. For example, we’ve found that the following training topics are not only highly requested, but also tend to foster workplace environments where psychological safety is respected:

Conflict Management. When employees know how to manage conflict in a mature, constructive way, they tend to be more candid with each other…even when emotions run high.

Managing Disagreeable Employees. A degree of thought and skepticism in an employee is a good thing, but when it spills over into being unfriendly and argumentative, that can be a problem. You can train managers to understand the line between agreeable and disagreeable, and help them foster a more cooperative attitude in their team members.

Bystander Training for Harassment. Too often employees witness harassment in the workplace, but feel they are powerless to report it (or that doing so would do no good, or even get them in trouble). When trained to spot harassment and report it, employees feel more empowered to do so.

Anti-Racism. We are finally seeing signs of progress as employers use training to start conversations around anti-racism in the workplace. People are re-evaluating the company culture and making changes. Training topics include the anti-racism continuum, understanding privilege, unconscious bias, allyship, and more.

The Idea of Psychological Safety Itself. Trust me, employees “get it” when the topic is discussed with concrete examples. Once you set psychological safety as a goal for your organization, share that goal with your employees…and commit yourself to teaching and creating it.

Training is just one piece of the larger puzzle, but it is one that organizations can control directly. Remember, the point is not to check the box and heap on more diversity training that will get ignored. (Or more safety training, more compliance training, etc.) The point is to create an inviting, positive culture and, slowly but surely, change mindsets.

Learn more about HSI's employee training and development solution and how our courses can help you foster psychological safety in your workplace.

Embracing Neurodiversity in the Workplace

Neurodiversity in the workplace can improve your competitive advantage. Read our blog on hiring, supporting, and training neurodiverse individuals.

Diversity in the workplace leads to more creativity, innovation, and business growth. Read more about how to improve your DEI efforts in our blog. 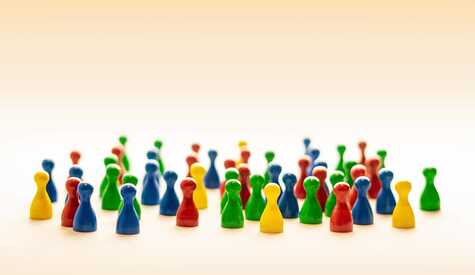 How Workplaces Can Fight Human Trafficking

Organizations have an ethical and moral responsibility to take action to prevent and fight human trafficking. Learn more in our blog. 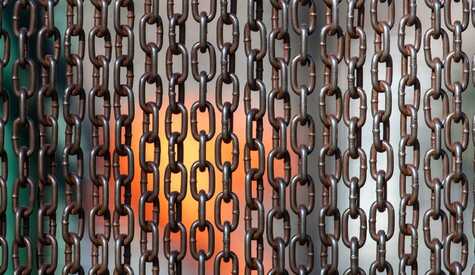